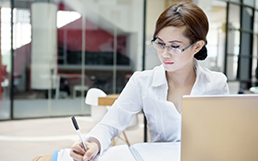 On the basis of this input, 17 HRQOL domains and sub-domains were chosen for adults and 11 for children, organized within adult and child domain frameworks. Items were selected for inclusion in each domain through a multi-step, iterative process to ensure item relevance, translatability, clarity, and comprehensive content coverage. The resulting item pools underwent calibration testing in both US general population and clinical samples using two-parameter logistic (2-PL) Item Response Theory (IRT) analyses to form the final item banks and scales. The scales and short forms (5-10 items each) from each bank were subsequently validated in adult and pediatric clinical samples. Details of the field testing, calibration, and validation studies can be found in the Neuro-QoL Technical Report. The resulting Neuro-QoL item banks and scales enable reliable assessment of multiple domains of functioning for adults and children with neurological conditions or disorders, including physical, mental, and social well-being.

Neuro-QoL measures were translated into Spanish and other languages. Translations result from a process of forward and back-translation, multiple expert reviews, harmonization across languages, and cognitive debriefing with a sample of native speakers of the target language (linguistic validation). A universal approach to translation ensures that, whenever possible, one language version is created for multiple countries instead of country-specific versions of the same language.

Exciting and novel research using Neuro-QoL measures continues to unfold, including a 2016 study by Meehan and colleagues that utilized Neuro-QoL measures (supplemented by a PROMIS® short form measure of Alcohol: Negative Consequences) to investigate whether sub-concussive blows during Division III college collision sports affect quality of life in later life. Results revealed that “negative consequences of alcohol use” was the only outcome positively associated with sub-concussive blows. Participants with a history of concussions, on the other hand, reported worse self-reported health (i.e., cognition, executive function, positive affect, anxiety, depression, negative consequences of alcohol use, sleep disturbance, emotional and behavioral dyscontrol, fatigue). The researchers concluded that while participation in collegiate level Division III collision sports, in itself, is not a risk factor for worse long-term neurobehavioral outcomes, athletes with a history of concussion might experience worse health outcomes in later life.

Another study by Morgan and colleagues utilized Neuro-QoL to investigate differences in self-reported cognition between people with lower limb loss and a normative US population sample. Findings suggest that persons who have lost a lower limb self-report greater cognitive concerns than the general population. The authors recommend including self-report measures such as Neuro-QoL in practice for use in customizing care plans and patient education efforts.

HDQLIFE is a set of self-report measures within Neuro-QoL that assesses the health-related quality of life (HRQOL) of adults with Huntington disease (HD). The HDQLIFE measures were developed through a collaborative, multi-site NIH-sponsored research project and is comprised of item banks and scales that evaluate symptoms and concerns important to those with HD. The HDQLIFE measures are intended for use in both clinical trials and clinical practice. The HDQLIFE measurement system consists of measures that cover 5 HD-specific domains, as well as 12 generic domains through the Neuro-QoL and PROMIS systems.

TBI-CareQOL is a set of self-report measures within Neuro-QoL that assess the health-related quality of life (HRQOL) of caregivers of adults with traumatic brain injury (TBI). The TBI-CareQOL measures were developed through a collaborative, multi-site NIH-sponsored research project to construct psychometrically-sound and clinically-relevant HRQOL measurement tools for caregivers of individuals with TBI. TBI-CareQOL is comprised of item banks and scales that evaluate symptoms and concerns important to caregivers. The TBI-CareQOL measures are intended for use in both clinical trials and clinical practice. TBI-CareQOL consists of measures that cover 8 caregiver-specific domains, as well as 17 generic domains through the Neuro-QoL and PROMIS systems.